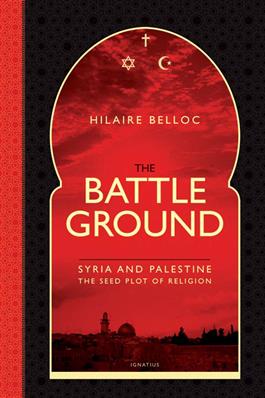 Syria and Palestine, the Seed Plot of Religion

In this religious-biblical oriented history, Belloc provides a full and fair treatment of the ancient Jews and other Middle Eastern cultures and their impact in history, and in today’s world. He affirms a special divine design in the story of Syria and particularly of Israel, reaching a climax in the event of the Crucifixion of Christ. His famous motto, “Europe is the Faith, the Faith is Europe” has been interpreted as a form of religious ethnocentrism. But he was making the point that what we regard as the greatest cultural, political and artistic achievements of Western civilization stem from the old creed. Without the one, the other would not exist. 330 pages. Paperback.