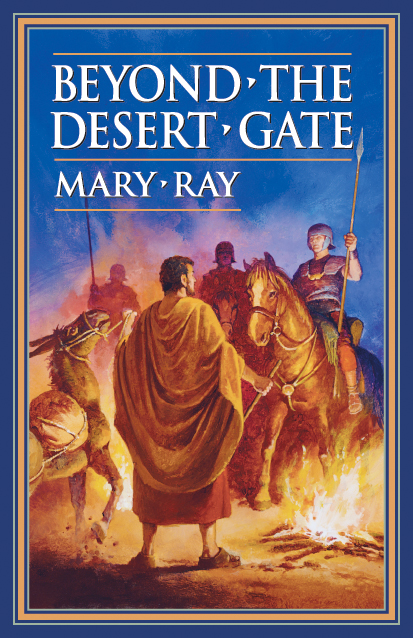 Beyond the Desert Gate

Palestine, first century A.D.–the Jews have revolted against Roman occupation. The ten Greek cities of Palestine-the Decapolis-want only to continue their peaceful trading existence, but they find themselves caught in the middle of the uprisings. Apollodorus, a merchant of Philadelphia, takes a risk and rescues a man whom a Roman patrol has left to die in the desert. When Apollodorus is killed by robbers, his three sons are left almost penniless and must each find a way for themselves. Philo, the youngest, is befriended by Xenos, the man saved from the desert, who has lost his memory. From him the boy learns the art of the scribe, and together they try to find their identity-one from the past, the other for the future.  A serious story of an important time in history. Paperback.

This is the sequel to The Ides of April.