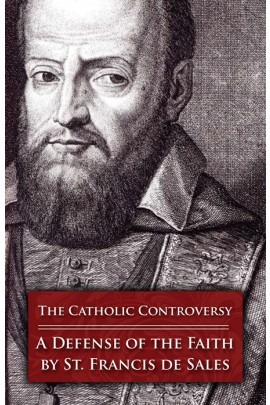 Catholic Controversy: Defense of the Faith

One of the most remarkable and well-documented events in Catholic history began when a young priest, St. Francis de Sales, volunteered to re-evangelize the Calvinists of the Chablais. Finding his preaching forcefully rejected, St. Francis de Sales shrewdly switched tactics and began a written apologetics campaign, posting pamphlets on walls and slipping them beneath doors under the cover of night. His defense of the Faith was so clear and thorough that at the end of four years nearly the entire population of 72,000 had returned to the Catholic Faith! 376 pages. Paperback.