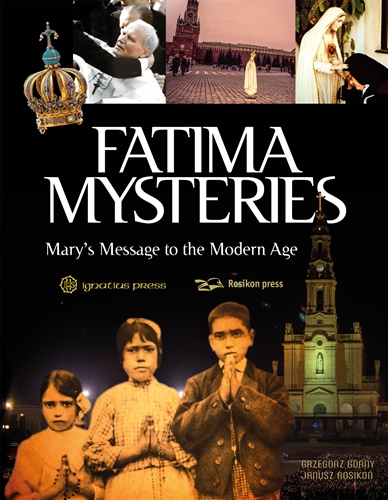 Mary’s Message to the Modern Age

“The tragedies foretold in Fatima did not come to an end with the demise of Communism. The crisis has not been resolved. From a certain point of view it is still as serious as it ever was, as it is primarily a crisis of faith, hence a moral and social crisis.”
— Pope Benedict XVI

The apparitions in 1917 of the Blessed Virgin Mary to three peasant children in Fatima, Portugal, are perhaps the most important private revelations in the history of the Church. At the height of World War I and on the eve of the Russian Revolution, Our Lady appeared in Fatima to warn us of another even greater world war, the spread of Communism, and a terrible persecution of the Church unless people returned to God. She asked for us to offer daily prayer and sacrifice for conversion of the world and salvation of souls. 400 pages. Hardcover.