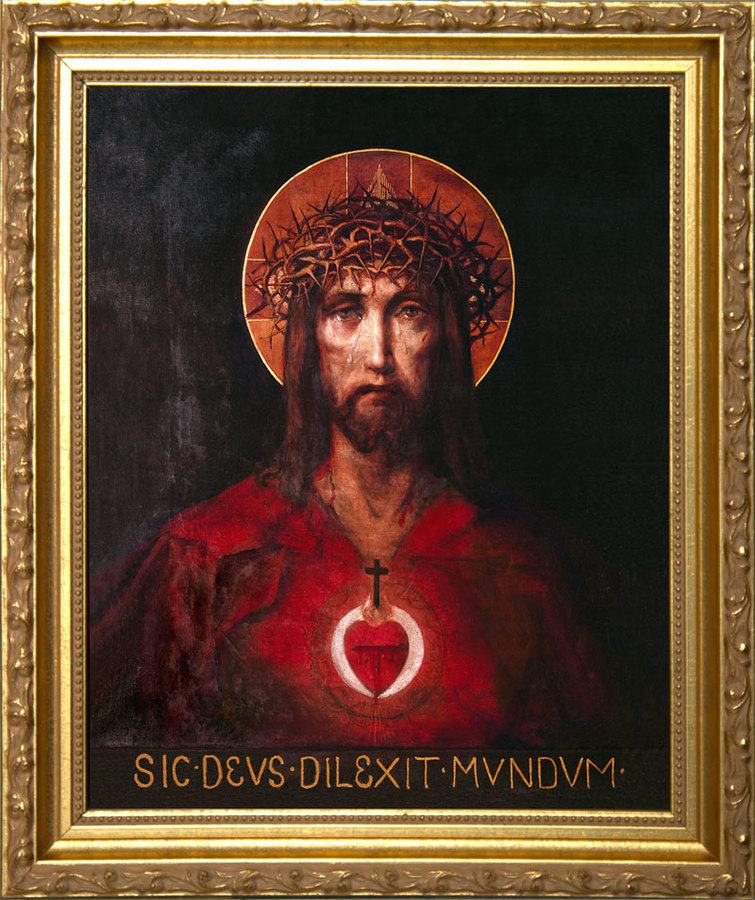 For God So Loved The World

One of our most beloved images, the original picture was in a centuries-old church slated for destruction. A priest from Michigan saved it from certain ruin and brought it to the United States, where it became a family heirloom for a young Catholic doctor and his family. As far as we can tell, the original was painted in the 1700s by an unknown artist. The Latin inscription at the bottom reads, “Sic Deus Dilexit Mundum,” and is translated, “For God So Loved the World” (John 3:16). This beautiful image, which bears a strong resemblance to the Shroud of Turin, has been an inspiration for thousands since we began publishing it in 1997. 8″  x 10″ print.