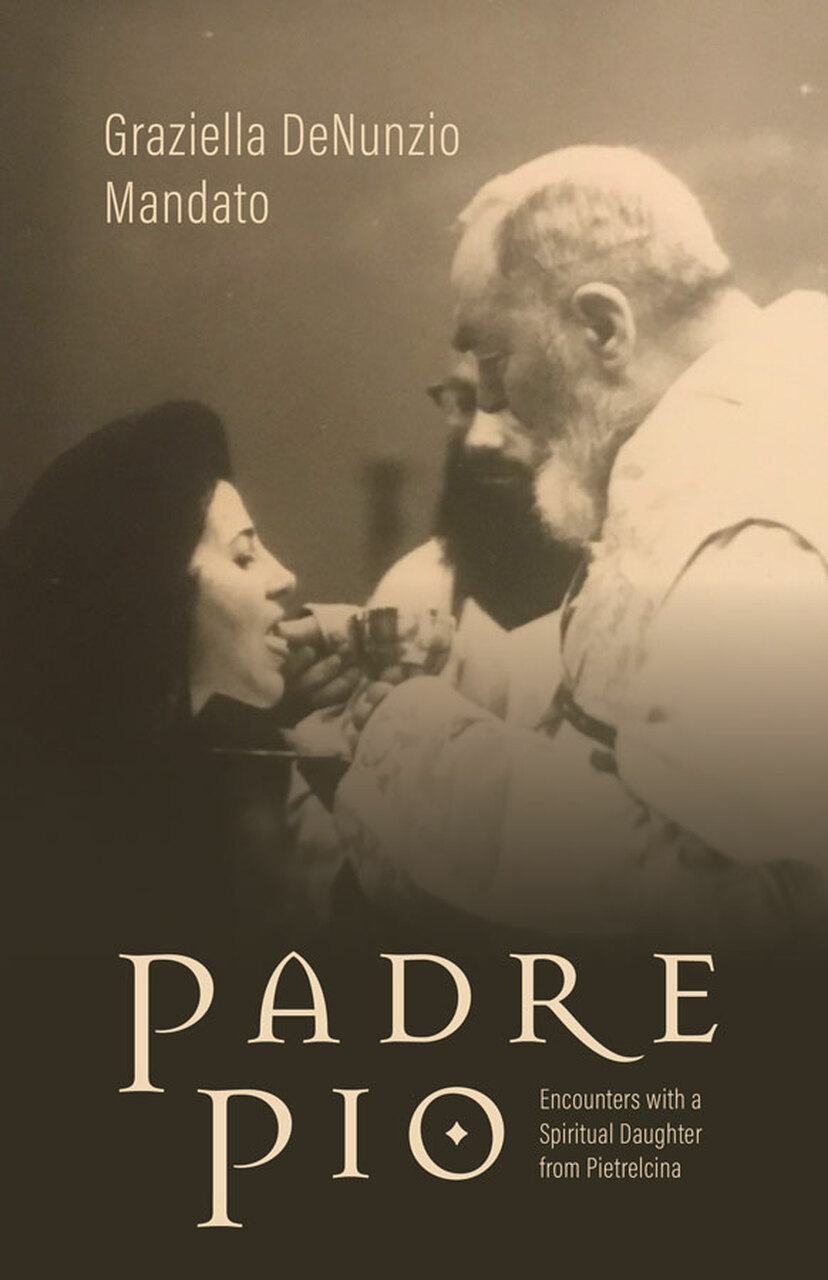 Padre Pio: Encounters with a Spiritual Daughter from Pietrelcina

A saint within living memory, Padre Pio touched the lives of many by the simple faith with which he lived his life, praying, offering Mass, and reading souls. Among those inspired by the saint, Graziella DeNunzio Mandato was given the grace of living in San Giovanni Rotondo and receiving daily Communion and frequent confession from Padre Pio’s pierced hands.

In these pages, Graziella’s firsthand account recalls Padre Pio’s blessing on her marriage, the day her oldest two sons received their First Communion from his hands, and the fruits of his intercession before God for the family’s immigration to America. Padre Pio adopted Graziella as a spiritual daughter, guiding her and interceding for her for the entirety of her life. While Graziella remained close to him in Italy, she attended his Masses, marveling at the mystical experiences the Padre underwent throughout its various prayers. Even after her marriage and move to America, Padre Pio visited his spiritual daughter through dreams and a remarkable fragrance of sanctity. 168 pages. Hardcover.

In this publication of Graziella’s memoirs, her sons have compiled additional chapters reflecting on their mother’s last earthly days and  the spiritual fatherhood of Padre Pio. A treasury of personal encounters with Padre Pio and a wealth of insight into the vibrant spirituality of an extraordinary saint, Graziella’s newly expanded memoirs will lead readers to a more profound love of the Padre with a deep and abiding love for his children.