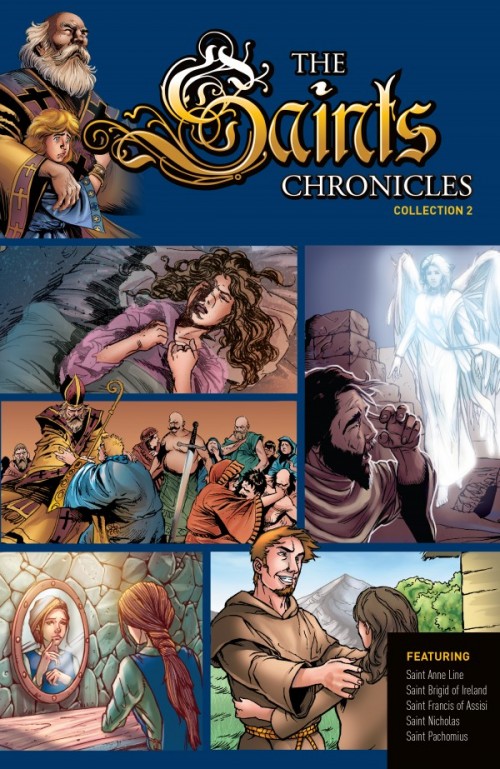 In this handsome graphic novel, you’ll join some of the world’s greatest saints in their inspiring – and often exciting and even dangerous – quests for holiness. These thrilling stories and stunning images found here will captivate you and fascinate readers of all ages. 120 pages. Paperback.

• St. Nicholas, the orphaned boy who generously ministered to the sick and the poor, and eventually became the wise and just bishop of Myra.

• St. Francis of Assisi, the rough soldier who put down his weapons, renounced his possessions, and went on to establish two great religious orders.

• St. Brigid of Ireland, the young girl who fled from an impending, arranged marriage to become a nun, and devote her life completely to the Lord.

• St. Pachomius, the Roman soldier who became a Christian and ventured into the Egyptian desert to pray, establishing there numerous monasteries.

• St. Anne Line, the gentle Catholic convert in the Protestant England who was arrested and cruelly executed for hiding fellow Catholics from murderous anti-Catholic government agents.