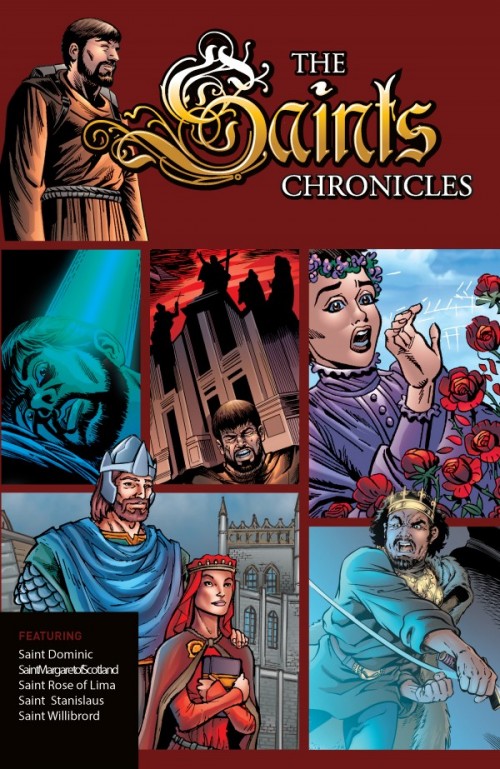 Experience the rousing adventures of some of history’s greatest saints. Their lives, depicted here in spectacular graphics, demonstrate that living our true faith is never dull but demands heroic courage and tireless strength. 120 pages. Paperback.

In these thrilling stories of saintly men and women you will meet:

• St. Willibrord, the bold and fearless missionary priest who converted the people of the Netherlands despite the murderous threats of a hostile pagan king;
• St. Margaret of Scotland, the young noblewoman forced to flee her own country, who found refuge in Scotland, where she became a wise queen devoted to service of the poor;
• St. Stanislaus, the beloved Polish bishop who publicly condemned the vicious actions of his king and was killed for his bold stand against evil;
• St. Rose of Lima, the young girl, admired for her striking beauty, who rejected her parents’ demand that she marry and dedicated herself instead to a life of prayer and service;
• St. Dominic, the brave priest who was staunchly committed to combating dangerous heresies and eventually founded one of the most influential religious orders within the Church.