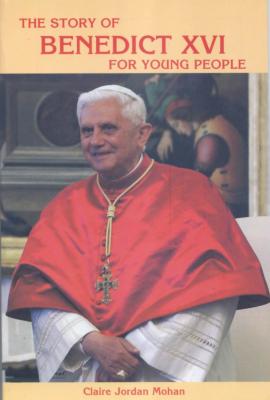 The Story of Benedict XVI for Young People

Children need to know their new Pope not only as a great man of God but as he was, a child and a teenager like themselves. Growing up in Germany was for Joseph Ratzinger both a peaceful and a dangerous time. He had the inner peace and stability of a devout Catholic family life, but all around this family the evils of Nazism and World War II raged. The family lived under this threat and had to struggle to remain Catholic in an anti-Catholic state. In the midst of this, Joseph found his vocation and suffered persecution because of his decision to become a Catholic priest. Contains quotations from Benedict XVI, chronology, and glossary. Illustrated. 80 pages. Paperback.